They waltz in together. Two women adorned with beautiful nose rings, toes rings, chutti, Jadai billai, naagar, their silken pallus sweeping the floor, thick braided hair swinging from side to side, they walk into the room. Every eye turns towards them. The air is filled with the scent of the champaka, punnaaga, mallika and jaati flowers sewn into their long dark tresses. Holding her heads low, they take a bow. While doing so, one of them looks up at Him and gives an ever so slight,  faint smile that no one but Him and her are aware of. They steal glances as the women bring their palms together for a ceremonial Namaskaram. Then slowly they move their hands up above in a ceremonial salaam!

While every man in the room stood transfixed by the sheer grace of their moving fingers, their hearts suspended in mid air only to be jolted back to real time with His resonating voice. Oh learned sire! ask them the questions. Test them. Show to the world what they possess! Nervously, the scholars chime together

“Ayyaiyaa swami…nagara lakshmi saraswatilu saakshaatkarinchi andaga parikshaleenaiya?!!!”
“Aiy aiy our great master! these are the incarnations of Lakshmi and Saraswati standing before us here, how do we quiz them?!!!”
HE was mighty pleased with this response, however coaxed the scholars to ask a few questions, only to gloat their prowess in the presence of the men of his world.

Just then entered a hurrying page boy. He was carrying a palm leaf letter. “Excuse me master. I am ordered by the sovereign’s first lady to hand this over immediately to her” Saying so, he pointed the leaf in the direction of one of the women. Unfazed, she reached for the leaf and deftly swirled in open. She read it  and let out a small chuckle. Slowly she walked across to the other corner of the room and gently stood on a low raised stool whose legs were adorned with the golden lion motifs. Lions with pearls hanging from their wide open mouth. She placed one foot delicately upon the lion’s mouth and spoke thus,  “Oy! boy” she said and  paused dramatically, looked around to ensure that her voice was echoing through the room. “Tell her, the first lady, that if she has the talent, she may keep Him engaged and retracing back to her chambers often. No point grudging my skill” and with that she waved her hands for him to dismiss. She swayed across the room towards Him and found a smile playing at the corner of his lips. She had
won. Her friend hid her amusement behind the edge of her pallu. They looked at each other, nodded, bowed down  and made a triumphant exit from the room, leaving jaws dropping. 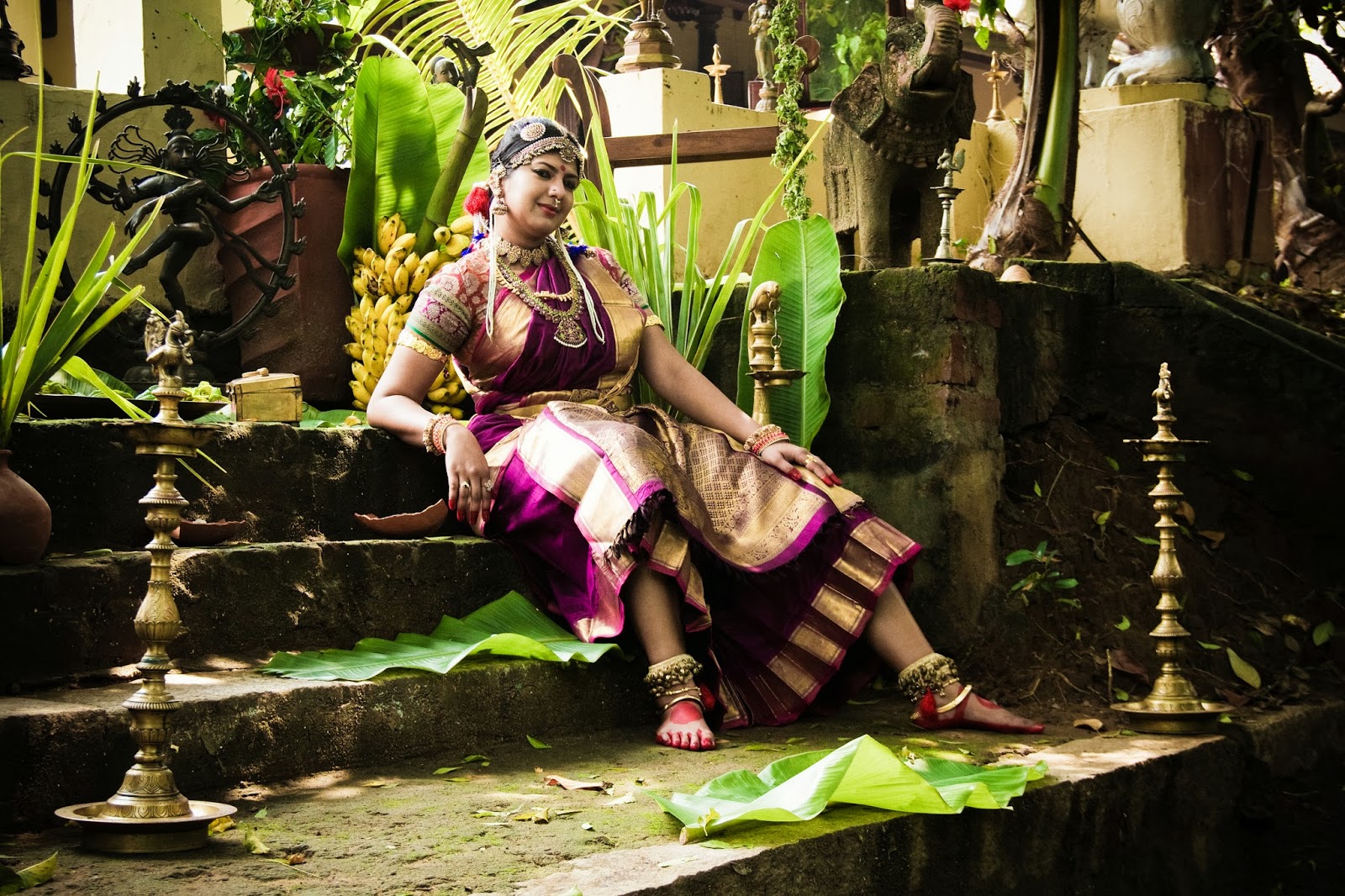 What chutzpah, this woman!!!! who is she? who is HE? who is the other lady?

Dr.Swarnamalya Ganesh
Swooning at her chutzpah in awe!

P.S: No. the woman is not me! the photo is here only to promote the event “From the Attic”. Just in case you all were wondering:-)